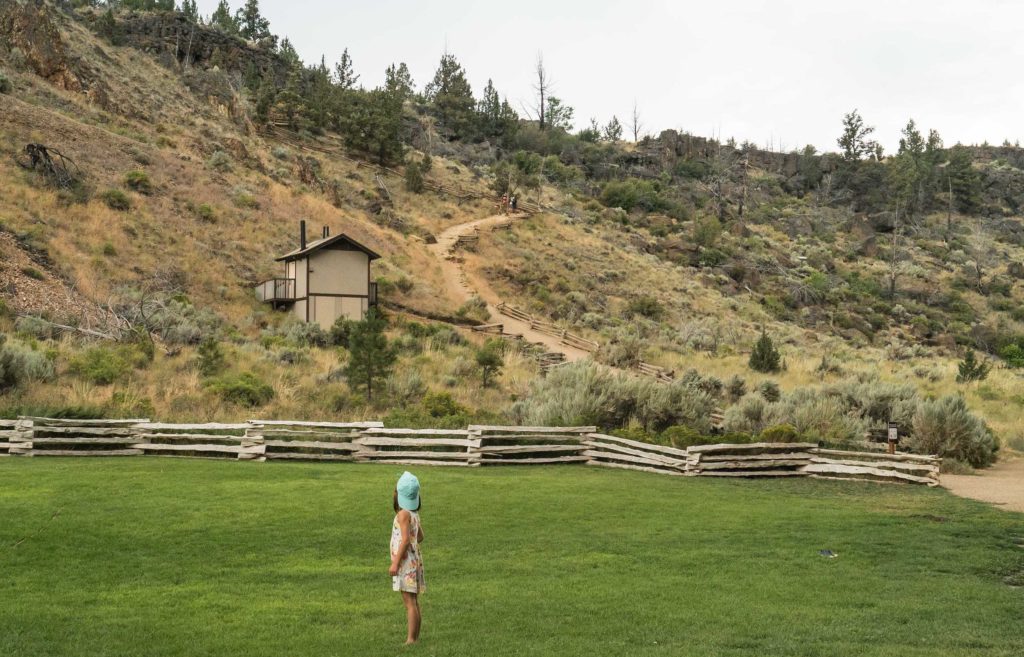 The outhouse was out-of-place. We stood next to the structure and stared off into the Seattle Skyline grinning. In under three hours, our team had just erected a Lincoln Logs style structure housing a urine-diverting toilet.

The reality is that Seattle doesn’t need a remote site human waste solution. That’s what multi-million dollar sewage systems are for. The point of this pop-up demonstration was, more than anything else, to train our team and provide a talking point. We actively forgot about the fact that no human byproducts were present and dreamed of building these on every mountain in need. 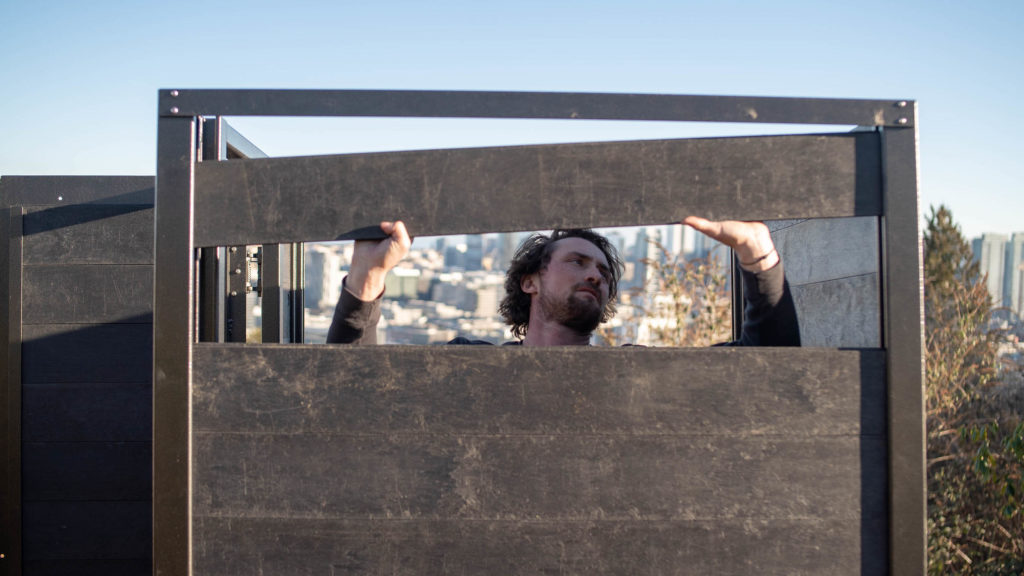 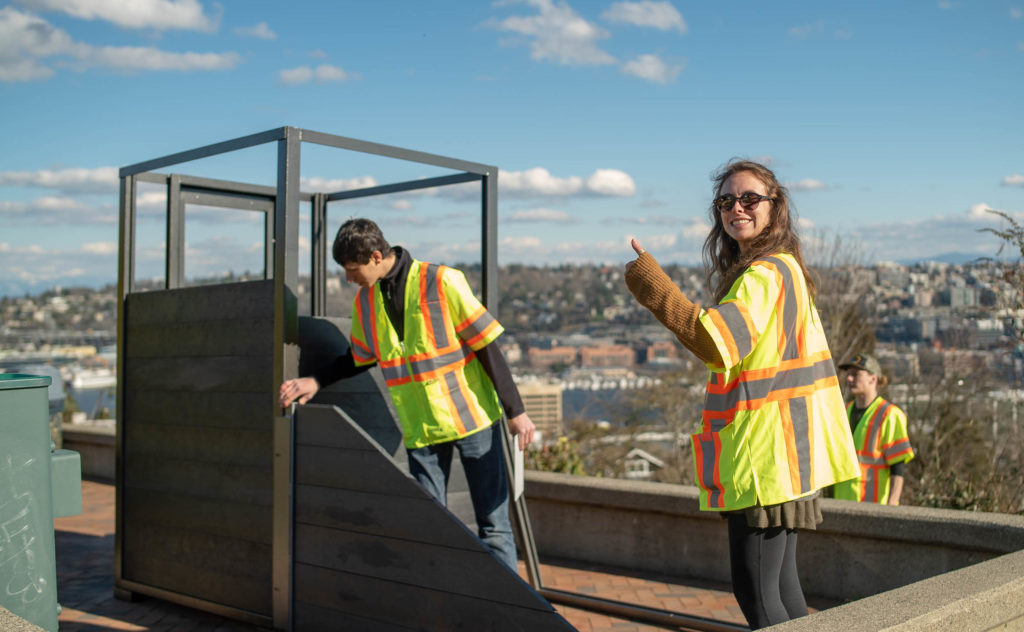 But you know that feeling of reading the first question of a final exam and thinking, “Ahh no, not what I was expecting…” Well, as real project opportunities began to present themselves, we encountered that moment.

That’s not to say that we didn’t study for that test. As a matter of a fact, that is all we were doing. We were conversing with the best in the field and reading endless literature about the ins-and-outs of human waste management. Yet, a key component was missing.

What did it smell like? How did it work in the field? What maintenance was required?

The good news is that our test was still months away.

Thus, we planned the Toilet Tour. A two month long project through the Pacific Northwest, where we visited over 15 different backcountry toilets. It was eye-opening to see the realities of how these different systems were operating. 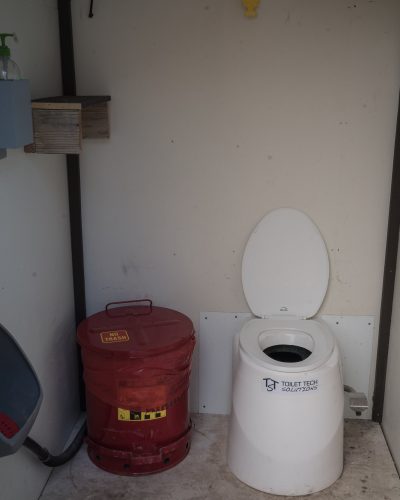 We saw toilets at 10,000 feet. Toilets in the desert, forest, and snow. Toilets at a summer camp. Wilderness areas with no toilets at all. We met park rangers and land managers and outdoor enthusiasts and dedicated maintenance workers. We saw newly installed toilets and toilets that had been operating for years. Plastic blue boxes and pit toilets and, most importantly, urine-diverting toilets. We took the toilet systems apart and put them back together again.

Mt. Rainier National Park, as an example, has five locations with these urine-diverting toilets. After some maintenance at Camp Muir and a successful summit the day before, we pulled into a Ranger’s office to ask about the toilets at Summerland Camp. Her face drained to white at the thought of another complaint about the toilet and a tangible uneasy energy slipped into the room. 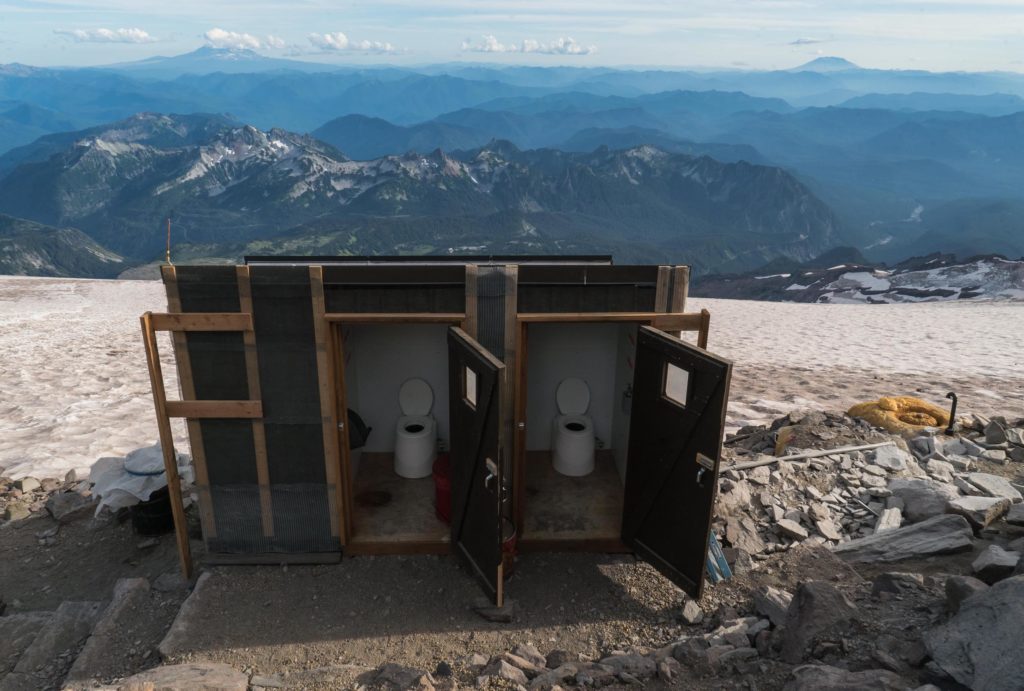 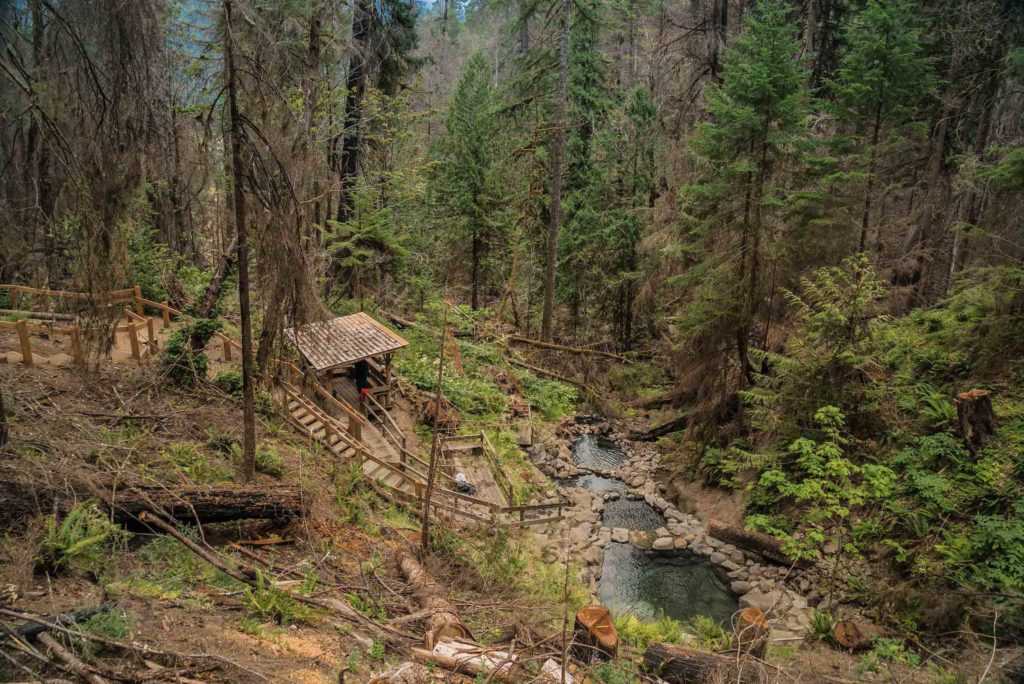 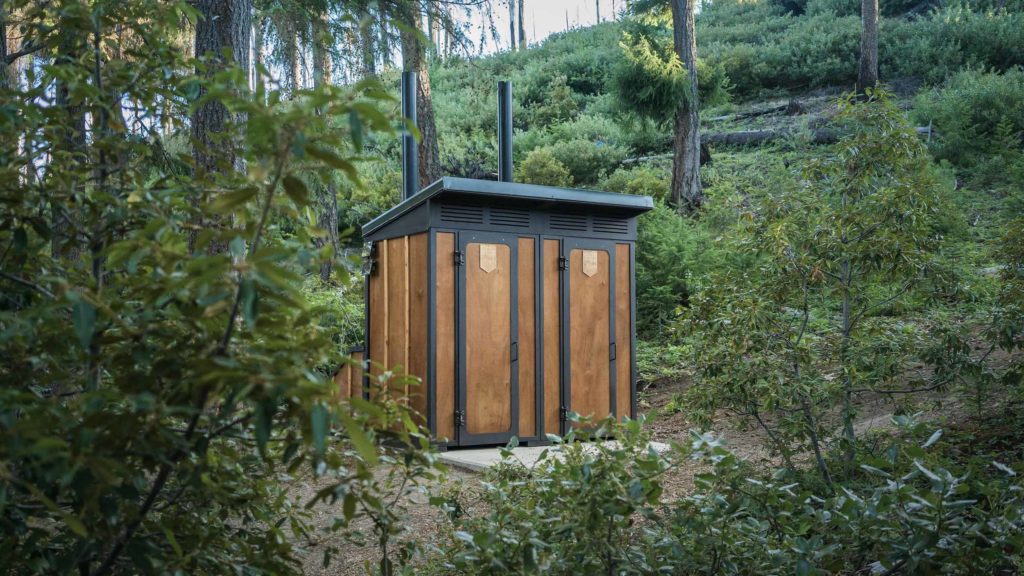 We interrupted her, and with confident assurance, told her that we were here to Do Good Shit.

She looked relieved and ushered us straight to the trailhead. The urine flooded-floor and leaking plumbing validated her distressed attitude. Five miles can be a long trek for ‘janitor duties’, but the importance of proper maintenance began to reveal itself. We fixed it up and moved along. 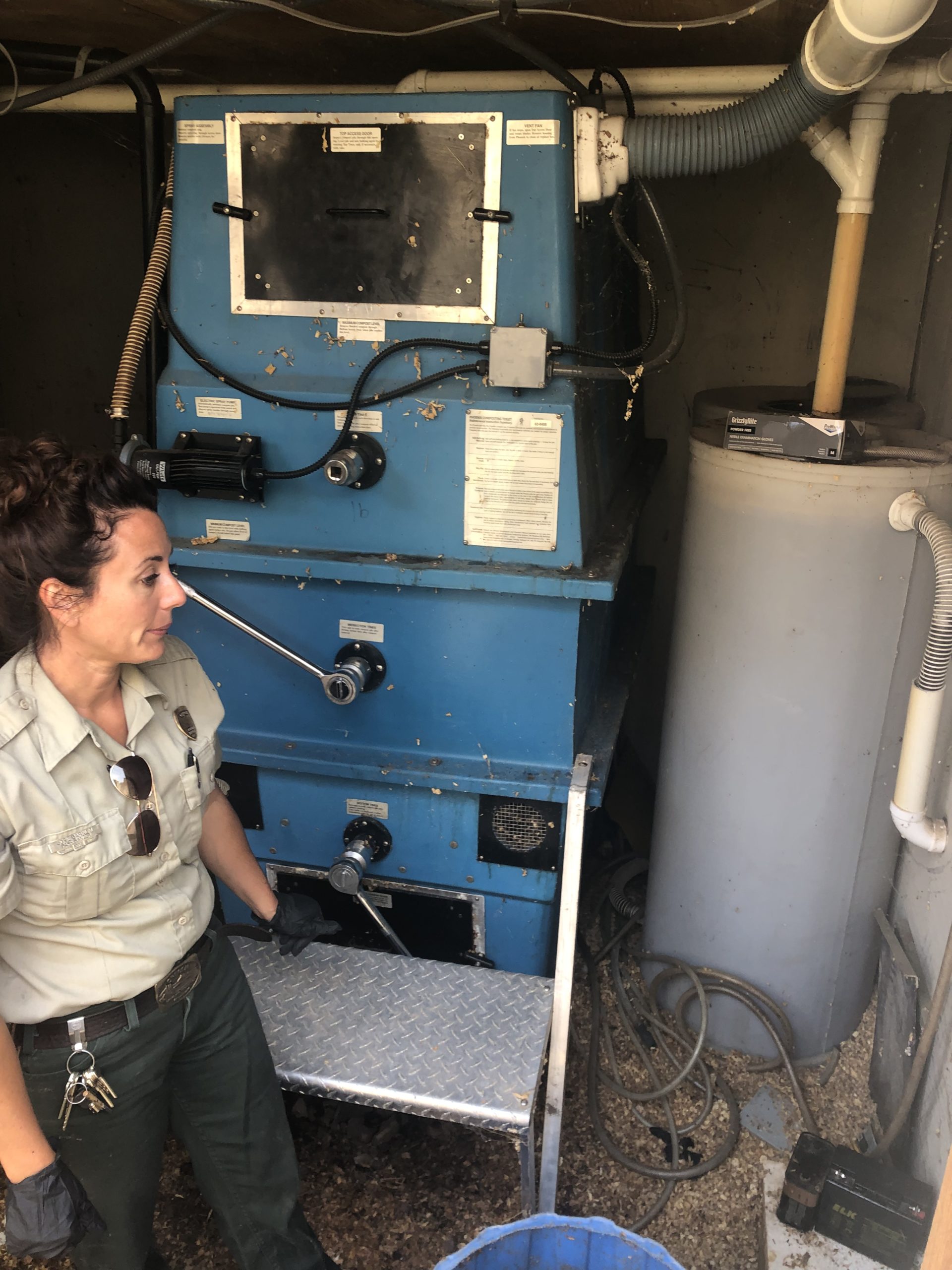 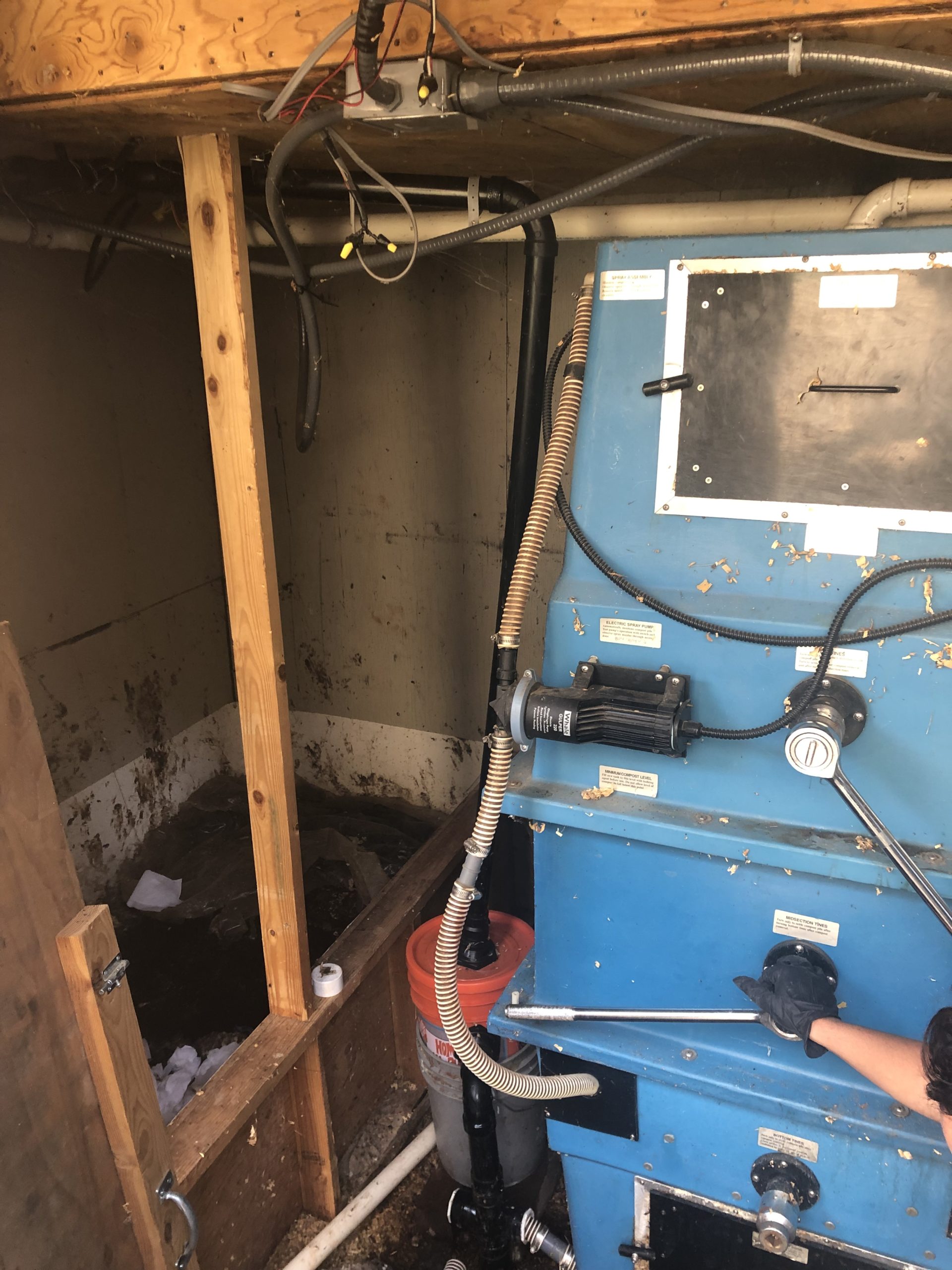 One of our other stops was at Smith Rocks State Park, a climbing meca with highly accessible recreation of many kinds. A truly jaw-dropping moment occurred. We examined a case study in which a Toilet Tech Solutions urine-diverting toilet was housed in the same building as a Phoenix composting toilet.

In a five year span, the Phoenix toilet had produced around 35,000 lbs of human waste (bulked with wood chips) annually. The complex system had quickly failed, causing the Ranger’s to have to stuff the waste into bags three times a year, and porter it out of the park. This caused a major headache, not to mention unnecessary exposure to pathogens, for the park staff. Meanwhile, the accumulating waste next door was composed of a dark, ODORLESS, humus-like substance. Yes, that’s decomposing poop. Not a single ounce had been removed in the five year span. The situation spoke for the solution.

We had come a long way from the Skyline in Seattle.

It was through the meticulous and quite-frankly disgusting work we conducted that led us to understanding. A solution for a remote human waste problem goes much further than digging a pit in the ground, enforcing wagbags, or putting a urine diverting toilet in a fancy structure. The solution is found in site specifics and a well implemented maintenance plan, among other things. 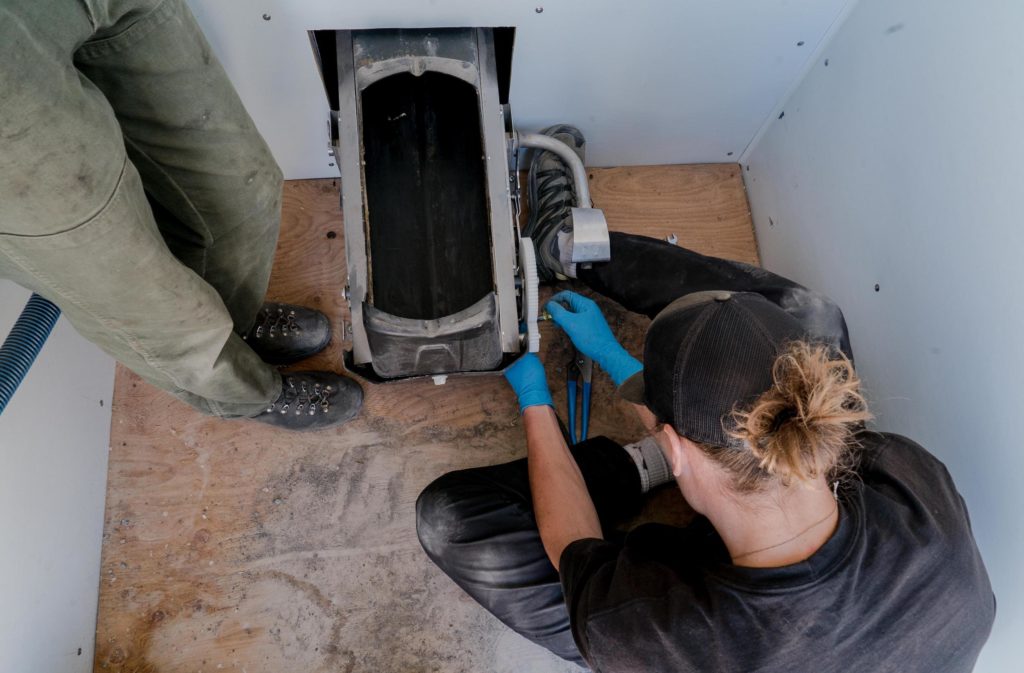 Our research has made us relevant. Now bring on the test.

Do Good Shit is a 501(c)3 nonprofit organization.